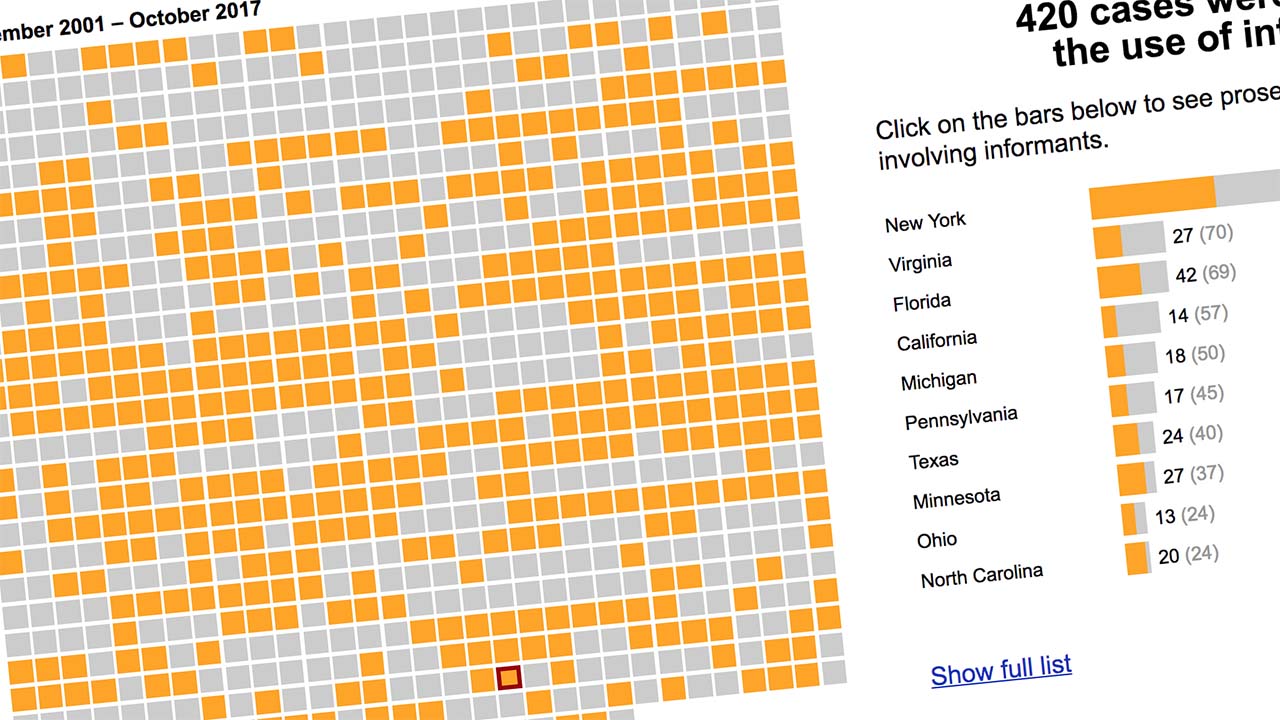 The Justice Department and FBI have prosecuted more than 800 terrorism-related cases since the 9/11 terror attacks. More than a third of the cases involved the use of informants.

As part of VOA’s story on the prosecution of Samy Hamzeh, we wanted to look at the history of terrorism-related prosecutions in the U.S.

Hamzeh’s lawyers say the FBI entrapped him, using informants to entice him to buy illegal weapons.

Using a database created by Trevor Aaronson and Margot Williams, I built an interactive graphic for exploring the prosecutions. Users can filter the cases based on stings, informants, different charges and alleged terrorist group affiliations, and showing the number of prosecutions for each state.

Each prosecution is represented by a single square. The squares are colored according to the selected filter. Users can tap on individual prosecutions to a read short summary of each case.