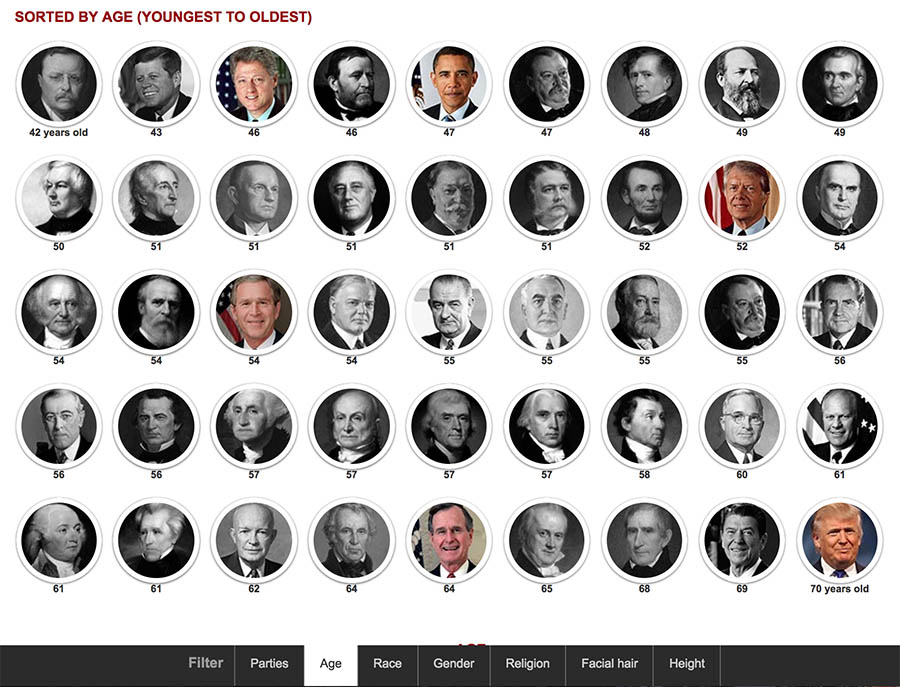 Most U.S. presidents have been white, male, and Protestant. But societal change and third parties have begun to alter Americans’ ideas about who can be president.

I researched, designed and developed an interactive graphic comparing the last 227 years of U.S. presidents. Users can filter and sort the presidents by political party, age, race, religion, height, facial hair and gender. The interactive graphic was created using D3, with data and translations loaded from a cached Google Spreadsheet. I helped coordinate the translation of the project in seven additional languages, including Russian and Spanish.