But sharing these ongoing personal stories creates an unusual challenge: We couldn’t use the participants’ names or photos as long as the situation on the ground remained uncertain and potentially very dangerous.

Because we were thinking about the dispatches as diary entries, we decided to try using hand drawn sketches to illustrate the posts. There’s a tradition of using artists to illustrate the news that stretches from the 19th century reportage artists through Robert Weaver and Alan Cober to the comics journalism of Joe Sacco. We were also inspired by George Butler’s reportage drawings from Syria. 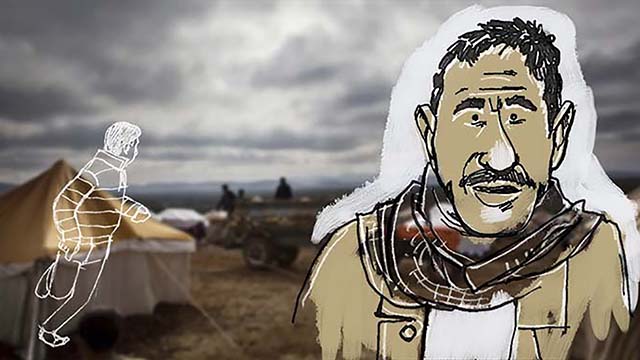 To avoid putting the participants at risk, I created illustrations and portraits to help tell their stories while concealing their identities. I created a library of character drawings and expressions that could be combined with blurred out documentary photos to illustrate the stories.