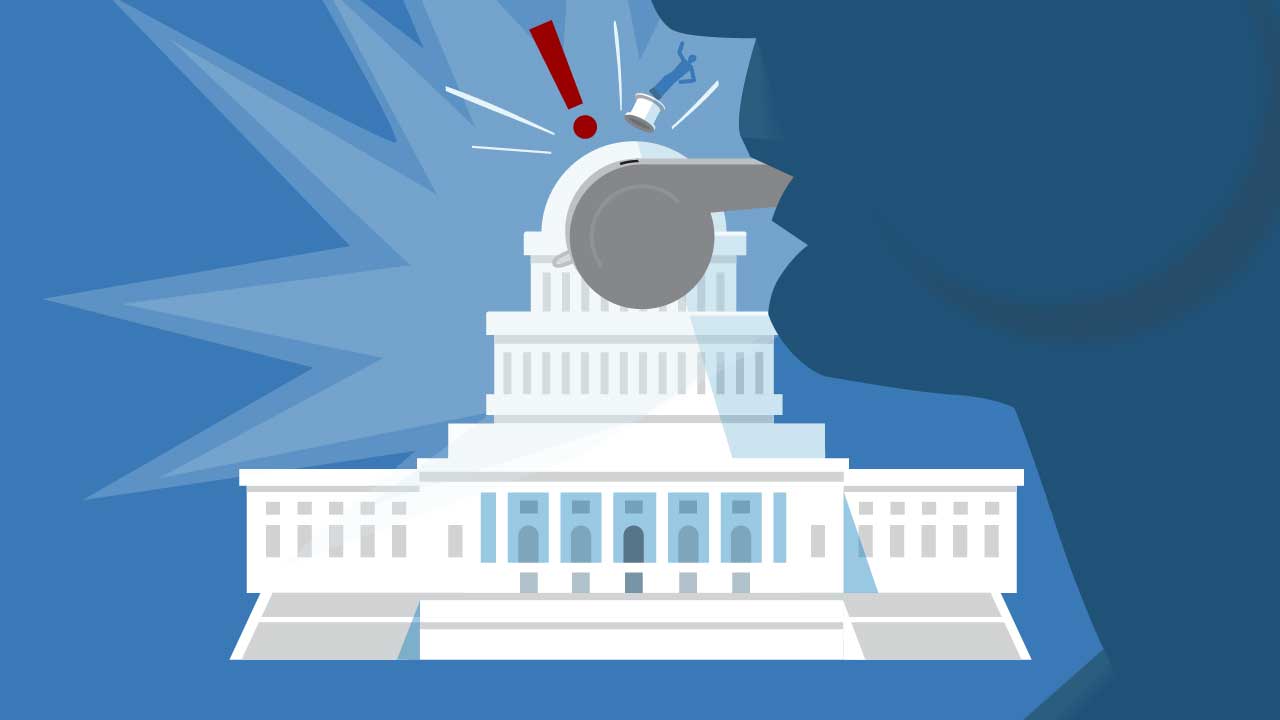 The whistleblower complaint, filed by an unidentified intelligence official in August 2019, alleged President Donald Trump sought Ukrainian help with his 2020 reelection bid by asking Ukraine to investigate former Vice President Joe Biden, his son, Hunter Biden, and an unfounded theory that Ukraine was behind the hack of Democratic National Committee computers during the 2016 U.S. presidential election. The complaint helped trigger a congressional inquiry, resulting in Trump’s impeachment on charges of abuse of power and obstruction of Congress.

I created an annotated version of the whistleblower complaint to provide context to the names and events detailed in the report. As information in the report was confirmed or disputed by House committee testimony and media reports, I added annotations, links and footnotes. In addition, we highlighted all of the names and bios available in our database.

Finally, I created a simple illustration for the package.