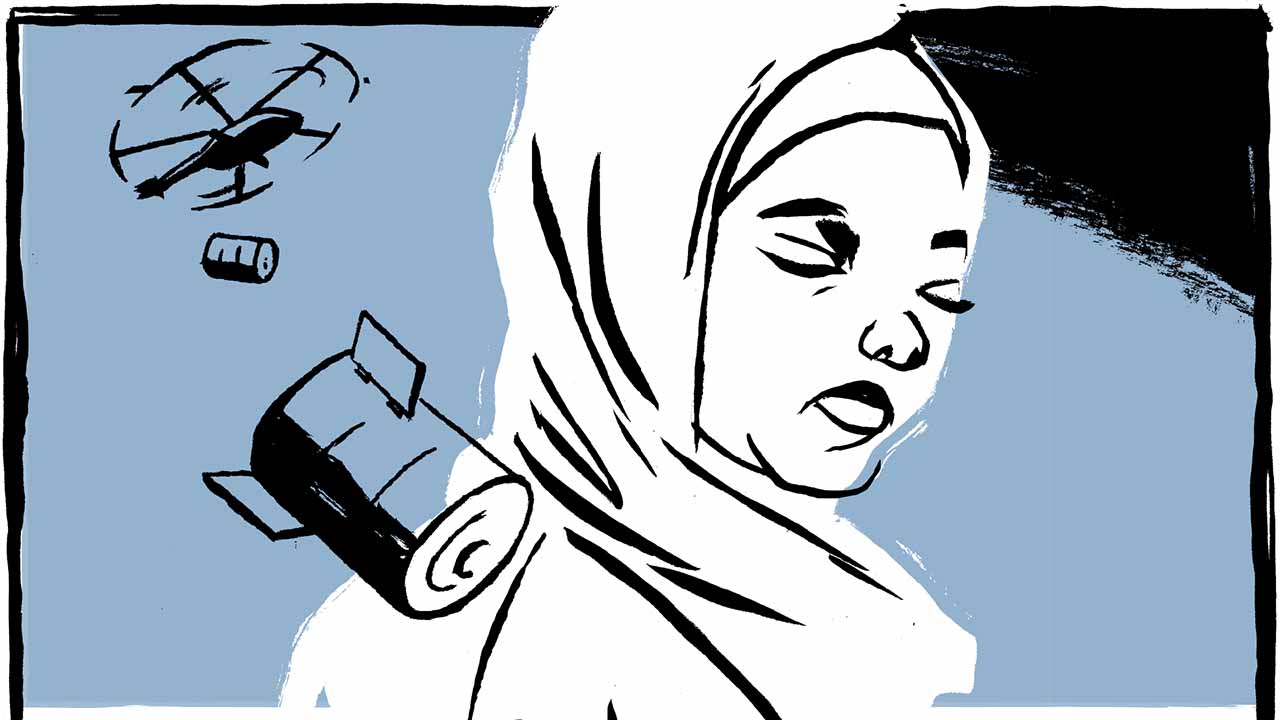 For most children, it is the stuff of nightmares. For many Syrian refugee children, it was real and it lives in their memories.

“More Than Trauma” is about mental health issues suffered by survivors of the Syrian War.

VOA refugee correspondent Heather Murdock interviewed devastated mothers and children who have trouble eating and sleeping. They vividly remember being forced to witness murders, bombings and torture, but they have trouble remembering the names of their friends. Dr. Mohammad Hamza of the Syrian American Medical Society calls the phenomenon “Human Devastation Syndrome,” and says it describes mental health issues far deeper than PTSD.

This story was part of a three-part comics journalism series following the lives of refugees as they fight to survive the trauma of their harrowing pasts in a world that is often most hostile to the most desperate.

The illustrations were drawn in india ink on bristol board paper. The scanned drawings were colored in Photoshop. The text and responsive design were added using HTML and CSS.